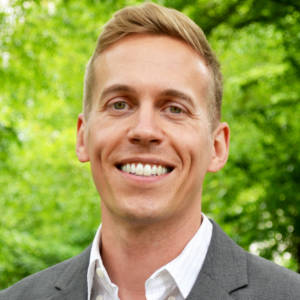 Bryan Rogers keeps two sticky notes on his computer monitor to remind him every day of what’s important in his job. One says “clarity,” the other “act,” and together, they go a long way toward describing what makes Bryan so good at what he does. He excels at distilling the essence from large amounts of information to keep his teams moving forward. He knows how to ask the right questions, chart the best course of action, and then drive to make it happen.

Bryan is known for his ability to jump into a new situation, quickly adapt to its unique demands, and take a strong leadership role in getting things done. These traits, plus a healthy dose of curiosity, allow him to thrive as a consultant. He also brings a well-rounded view to the table, thanks to his "wandering youth" when he worked in a marina at the Grand Teton National Park, as a bicycle tour guide in Germany, and as a high school English teacher in Thailand.  He later drew upon these characteristics as he amassed extensive experience in technical delivery at multiple software companies in Portland. Bryan has a bachelor’s degree in business from Truman State University.